God is looking for people through whom he can do the impossible – what a pity that we plan only the things that we can do by ourselves.” – A.W. Tozer

There is a piece of me that is being awakened. It’s been dead and dormant for a long time. But these past few weeks I can feel it stirring within me, coming back to life. The desire to go; to leave the known and venture into distant parts of the world. Not just for the sake of traveling, but to reach out and touch the untouchables, to feed the orphans and comfort the widows.

This was an important part of my life for years. I started traveling internationally to serve those not born in the luxury of western culture when I was 15. That first trip captured my heart. I went on six international trips ranging from two weeks to a month between the ages of 15 and 20. I thought that it would be my life. It was my dream to spend my life serving the poorest of the poor in the darkest of places.

Panama was my first international trip. These pictures are from my second trip there at 16 in Nortaño, a Guaymí village in the jungles of northern Panama 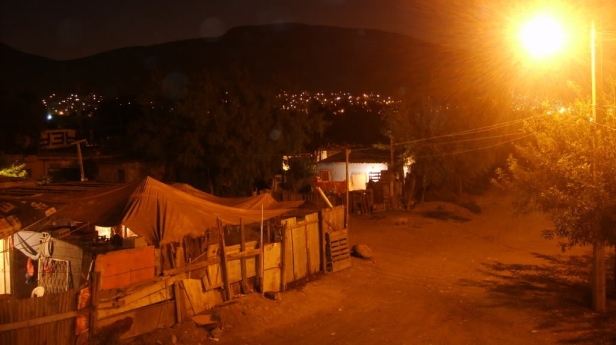 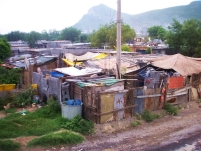 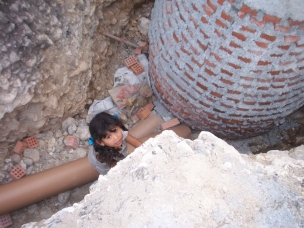 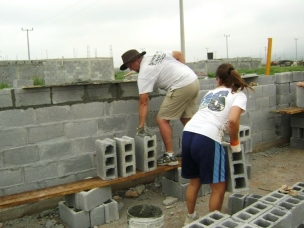 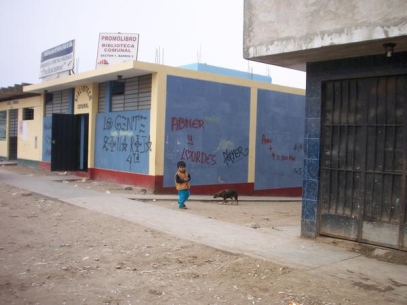 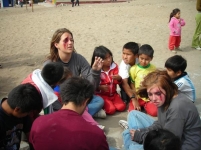 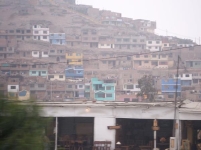 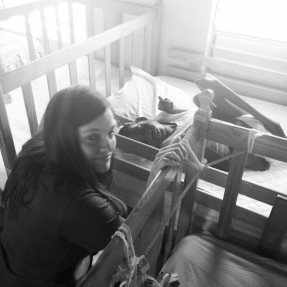 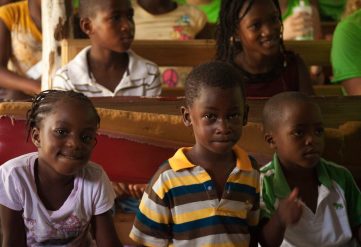 I’ve served in Jamaica many times. The first time I was 20.

These trips were challenging, physically, mentally and spiritually. But as difficult and often dangerous as they were, its where I came alive and I cried every time I had to return to the United States. But I had to let that part of myself go. Or rather, I had to kill it and then bury it (repeatedly) for the sake of my marriage.

(I hesitate to even bring this up because I in no way want to dishonor Jon or paint him in any sort of negative light. But it’s part of my journey here.)

It’s a painful process, letting part of who you are go. It felt like hacking off my own arm. Jon and I married when I was 20. He knew from the beginning that this was a huge part of my life. In fact I met him the week I returned from my first Mexico trip and I’m sure it was all I could talk about. But it soon became clear that Jon had no interest in joining me on those adventures. I got to the point where I couldn’t stand hearing stories of people serving overseas or even watch those sad save the children commercials. It was too painful to let that part of my heart awaken.

One of the times I was particularly caught up in the yearning to go Jon said, “Look, if you want to go so bad then go. I don’t want to get in your way. I’d be sad, but if you want to divorce so you can follow your dream I won’t stop you.” Divorce wasn’t even on my mind at the time. (Though when we faced that road this was definitely one of the factors.) But I knew in that moment that there was no point in holding onto that dream. So I let it die. I buried it in the back of my heart. Every once in awhile I’d feel it rising and would have to put it down again.

Eventually I came to peace with it. Jon and I worked through our early marriage issues and we built new dreams together. Dreams filled with just as much excitement and adventure. Dreams where we both could come alive.

Five years went by before I would travel again and to my heart’s delight, Jon came with me.  I knew it was a one time thing, but I soaked up every moment of Jon’s presence with me on that trip to Jamaica. 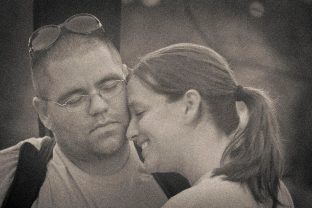 He must have seen something in me on that trip. Afterwards he began to bring up ways that international missions could be a part of my life. It was sweet, but while I knew I could always go on an occasional trip, I had moved on. I was more invested in seeing Jon’s music dreams come true. His opportunity would be my opportunity. His success would be what launched my own.

And then that dream died too.

So I have found myself with a blank future. I had spent the last several years wholly devoted to seeing Jon succeed. What was I to do now that he was gone? As I’ve moved through grief and have begun to adjust to the new reality of my life I am beginning to hear the call to adventure once again. 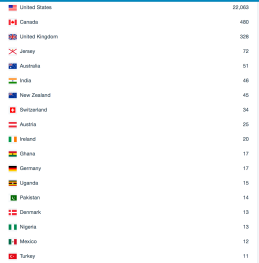 I first noticed the stirring with the stats from this blog. When I first started writing, I would have never imagined how far my words would travel around the world. I know the numbers are small compared to more established bloggers, but as I have seen country after country added to this map I have gotten more excited. If I can’t travel the world in person, at least my words can.

(Side note: I’m particularly excited about those 46 views in India. Even though I’ve never actually been there myself yet, there have been several nights that I dreamed of being there.)

The desire really started building over the past month or so. I watched with excitement as God blew door after door open for a friend, whose heart was to see the world, to do so. I jokingly say that I’m jealous, but really it’s awakened that hunger in me and I felt like I heard God say, ‘What I’ve done for him, I’ll do for you.”

And then I found myself watching Moana, a movie that I hadn’t planning on going and seeing. (I could write an entire post dedicated to the things that God said to me during this movie. I still might.) I found myself caught up in the lyrics of the main song. It’s been over a week and I still hear the song echoing in my mind.

Every turn I take, every trail I track
Every path I make, every road leads back
To the place I know where I cannot go
Where I long to be
See the line where the sky meets the sea? It calls me
And no one knows, how far it goes
If the wind in my sail on the sea stays behind me
One day I’ll know
If I go there’s just no telling how far I’ll go 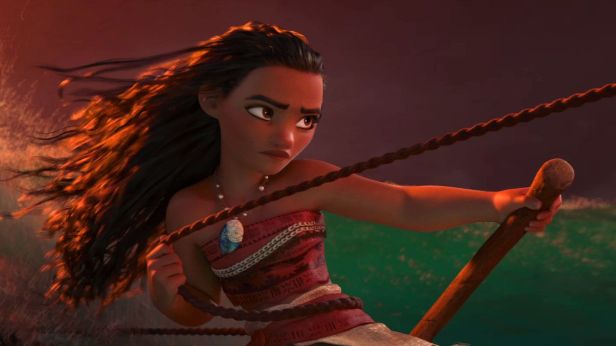 On the drive home from the theater I heard God say to me, “You will go passed the reef.” (The boundary Moana desperately wanted to cross but felt she couldn’t.) I have so many reasons that this dream that I had as a teenager is impossible. I have no money. I have no husband. I’ll have two small children. I am not trained in anything useful. I don’t have any connections. All I have is my heart and my story.

All of the excuses that I offered up as reasons why I shouldn’t hope or expect anything fell silently to the floor in God’s presence. And then He reminded me of the promise He made to me years ago, “I’ve given you the shores of the nations as your inheritance.”

I’ve been holding that promise close to my heart. God has been showing me glimpses of the plans He has for me. While logic still says it’s impossible, I can’t shake the feeling. A small flicker of hope has been lit and “though hope is frail, it’s hard to kill”.

Isaiah 60:1-5
Arise, shine, for your light has come,
and the glory of the Lord rises upon you.
See, darkness covers the earth
and thick darkness is over the peoples,
but the Lord rises upon you
and his glory appears over you.
Nations will come to your light,
and kings to the brightness of your dawn.
“Lift up your eyes and look about you:
All assemble and come to you;
your sons come from afar,
and your daughters are carried on the hip.
Then you will look and be radiant,
your heart will throb and swell with joy;

Most of the Jamaica pictures were taken by my wonderfully talented friend, Kindell. You can find more of her work here.

© Erica Roman, 2017. Unauthorized use and/or duplication of this material without express and written permission from this site’s author and/or owner is strictly prohibited. Excerpts and links may be used, provided that full and clear credit is given to Erica Roman and Erica Roman Blog with appropriate and specific direction to the original content.
Loading Comments...
%d bloggers like this: